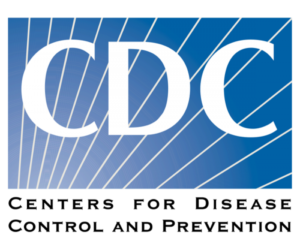 Forbes, and other media outlets are reporting that the Centers for Disease Control and Prevention, (CDC), issued the strictest warning yet to avoid cruising: https://www.forbes.com/sites/irenelevine/2020/11/22/new-cdc-warning-avoid-cruising-on-ocean-and-river-cruises/

“The U.S. Centers for Disease Control and Prevention (CDC) issued its strictest warning yet urging Americans to avoid all cruises.

The warning notes that because cruise ship travel is generally voluntary, any planned cruises should be rescheduled for a future date. Those who still elect to cruise on ocean or river cruises are advised to take extra precautions including getting tested 3–5 days before their trip and staying home for 7 days after travel.

This warning comes on the heels of a recent COVID-19 outbreak on SeaDream Yacht Club’s SeaDream I, the first cruise ship to resume sailing in the Caribbean. Despite stringent health and safety protocols, 7 passengers on that ship tested positive for COVID-19.”

While cruises are paused, it’s important to know that TRS Turquesa and Grand Palladium Punta Cana have now reopened!

Dominican Today is reporting: “The Spanish chain Palladium Hotel Group will resume its operations in the Dominican Republic as of November 19 with the reopening of five resorts in the east of the country, the company announced Tuesday.

The five properties are located in the tourism region of Punta Cana, and are launched “in time to receive guests during the Christmas holidays and the end of the year” after the return to activity of several establishments of the group in Mexico and Jamaica.”

Navy Veteran, Travel Agent, love to cruise!
@scottlara1961
Previous Would a Biden administration be good or bad for the cruise industry
Next Is a COVID passport coming soon?

This site uses Akismet to reduce spam. Learn how your comment data is processed.

Powered by WordPress | Designed by 49S
© Copyright 2021, All Rights Reserved